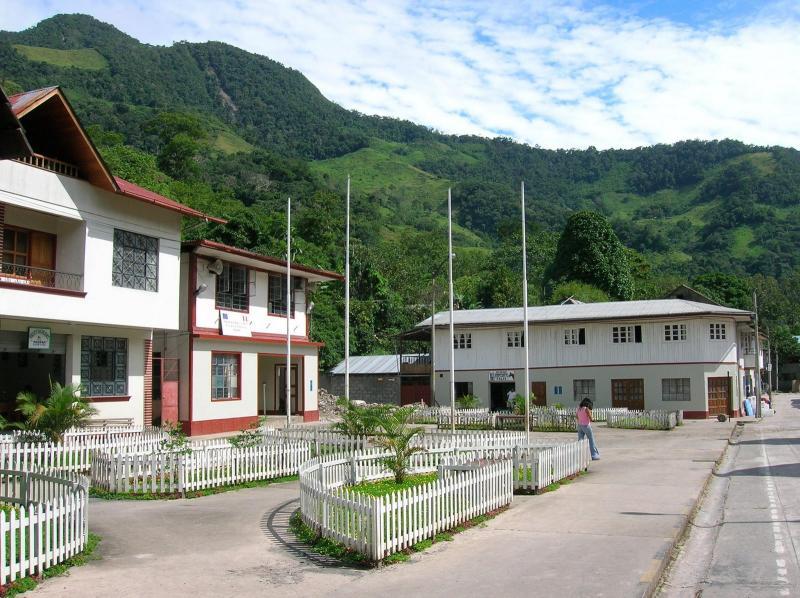 Suggest Place to Visit
54
The valley of the Pozuzo river has already been inhabited since time immemorial by indigenous peoples (amajes) and natives (amueshas or yaneshas) and even remains of Inca penetration in the area as platforms and old viewpoint. In colonial times, it was Franciscan priests who came to evangelize the area, founding two towns in the area: Asunción de Pozuzo with 164 natives in the care of Father Francisco Honorio Matos and Nuestra Señora del Carmen de Tillingo with 100 natives in the pastoral care of the father. Francisco José Arévalo. However, these towns were abandoned by the priests who also forced the natives to leave before the danger that they would join the rebellion of Juan Santos Atahualpa who was in nearby areas, but then the natives returned to occupy the Pozuzo area.

In the Republic, Ramón Castilla abolished slavery in 1954 and banned Asian immigration to favor immigration from Europe. expected and desired by the majority of the Peruvian ruling class, since it was thought that only an immigration of strong European men would dynamically activate Peruvian economic activity. Among the many conceptions - erroneous - of the time we can point out the "indolence" of the Peruvian Indian, to whom the backwardness in which agriculture and industrial activity of the country was plunged was attributed; With respect to the majority of the ruling political class of Peru, it was considered as “improper” for a Creole to work in the fields or engage in commercial activities, which is why Peruvian businesses at the time were in the hands of Italian immigrants, French and German (according to the chronicles of Gerstäecker) at first and later passed into the hands of Chinese and Japanese immigrants. It was thought that Europeans would bring "progress" to the country due to their proactive behavior, capitalist knowledge and industrial technical skills brought from Europe, as well as their commercial skills and contacts with the world market, a market to which Peru was not yet attached. .

A key figure in the Tyrolean immigration to Peru is Baron Kuno Damián Freiherr Schutz von Holzhausen (Born in Camberg - Duchy of Nassau - February 15, 1825). Very young he left for Texas - USA - motivated by the massive German emigration (Auswanderug) to America. But he saw that in the United States the Germans were rapidly losing their customs and he thought that the best destination for them would be South America.

In 1853 Kuno Damián Freiherr Schutz von Holzhausen arrived in Callao, with the final destination of Chile, a country in whose south the climate was quite similar to that of Germany and where the German colonization projects had been developed stimulated by the government. While in Lima he met the then Minister of Foreign Affairs Juan Manuel Tirado who, upon learning of his projects, convinced him not to go further south and to establish the projected German colonies in Peru, on the eastern slope of the Andes Mountains. For which a railroad would be built from the coast to a navigable river that reaches the Amazon and through this via uniting the Pacific coasts with the Atlantic, a titanic undertaking that Schutz believed possible due to the economic boom that Peru was experiencing thanks to guano.

The first contract that the Baron signed failed as a result of a liberal revolution in 1854 that removed President Echenique; Due to the political and military crisis that the country was experiencing, the baron had to sign another contract on December 6, 1855 with the new President, General Ramón Castilla. The contract, in short, said the following:

1. The previous contract was considered void due to non-compliance with the execution dates, that colonization must begin in the regions closest to the inhabited ones of the Republic and not in its confines, which have not been prepared for that purpose; reason for signing a new contract.

2. Schutz's proposal to introduce 10,000 settlers within 6 years from the contract date is supported.

3. The colonists (robust people, of good manners and Roman Catholics) maintain their rights stipulated in the previous contract.

4. Schutz agrees to gather the settlers, take them to Peru and to the zone destined for colonization, where he will see that the settlers cultivate their fields and build their homes.

5. The first colony will be of 500 individuals, which must reach Callao in 1856 and will be located in Pozuzo, where the Delfin and Huancabambna rivers converge, places that will be conditioned for this purpose.

6. The government will pay the passage to Callao and will supply them with food and seeds during the first semester, as well as agricultural implements which will be returned by the settlers 5 years after their arrival and each of them will be given 30 pesos no return fee.

7. Schutz will have a salary of 2400 pesos per year for the duration of the colonization and will be given 140 square leagues of land on the sites of the colonies. Signed by Ramón Castilla and Juan Manuel del Mar.

The fate of the Amazon plains was changed (Schutz personally traveled with Minister Tirado to Caballococha and from there to Manaus - Brazil to see the feasibility of the project) for Pozuzo, since previously 2 attempts at German colonization in Moyobamba had failed (Between 1850 and in 1853 1096 Germans arrived, brought by José Antolín Rodulfo).

In 1856 Baron Schutz traveled to Germany where he encountered considerable opposition to his projects, above all because the failure of the colonization in Moyobamba was already known, his intention to recruit Germans from Hesse, the Rhineland and Nassau failed, so he set his eyes on the Tirol, a Catholic region with fewer resources. He published his project to colonize the Pozuzo in a German newspaper, and Father Benedictine Agustín Scherer found out about the project that would help his fellow peasants and poor artisans and for that reason he recommended Father José Egg, chaplain of the town of Imst in the Alto Inn (Tirol). After a dialogue with the Baron, the support of both religious was made official, and they were authorized to search the Tyrol for the right people. The news that they would be accompanied by Father José Egg, inspired greater confidence, hope and faith among the Tyrolean villagers, where each person who wanted to be part of the group, had to have a recommendation of good conduct granted by the Parish Priest of their town, This is the case of Mrs. Ana María Egg from the Villa de Silz, who upon learning that her children wanted to travel was also encouraged to get her recommendation.

They went to Silz, a town especially affected by poverty, where they began recruiting. As a first recommendation, Schutz affirmed that those peasants who had some money should emigrate to Hungary "where they do not have to face unknown situations" and that they only go to Peru

Pozuzo is a beautiful valley enclosed between mountains and inhabited by people of direct descent from Germans and Austrians, preserving their customs and traditions brought by their settlers.

It is located in the department of Pasco, province of Oxapampa at an altitude of 700 m in a beautiful valley in the high jungle.

From Lima the distance is 460 km, crossing the three natural regions of Peru (coast, mountains and jungle).

Pozuzo is a district of Peru whose population is made up of Austrian (Tyrolean), German (Rhineland and Bavarian), mestizo and indigenous descendants. It is located in the province of Oxapampa, Department of Pasco in the Central Jungle of Peru.

In memory of the settlers who arrived and lived in this beautiful town, valuing their efforts with deep gratitude, and with the desire to rescue said cultural heritage, the Historical and Cultural Center is considered as an area and cultural heritage, a representative place of Pozuzo in the which one can visit:

CHURCH “SAN JOSÉ”: it was the first church built by the settlers in 1875. Some structures are made of wood, while others are made of stone, lime and noble material. Before it, there was a prayer center with walls and palm roofs, which was a few meters from the monument to José Egg.

COLONOS CEMETERY: picturesque holy field where the remains of both the spiritual guide of the colonists, Father José Egg, as well as the parents Luis Ipfelkofer and Francisco Schafferer rest.

SCHAFFERER MUSEUM: place where ancient objects and belongings that the settlers brought to Pozuzo are exhibited, preserved and valued, such as work tools, kitchen utensils, ceramics, photographs, wooden furniture, etc. Vestiges of cultures prior to the European presence are also exhibited. At the end of the last century, the construction was done by the members of the Mutual Aid Society.

EMPERADOR GUILLERMO I BRIDGE: historic suspension bridge located over the Huancabamba River, built in 1877. Initially it was called the Central Bridge and favored the commercial activity of the settlers with other towns such as the Mayro and Huánuco river port. It connects with a beautiful totally natural bridle path, which silently keeps the footprints and memories of the settlers and from where the Emperor Guillermo I Interpretive Trail begins.

THE BUDWEISER HOUSE: Bavarian (German) style, with a basement and a fireplace that runs through the entire house, the same one that has a smokehouse for meat products. Its current owner is Mr. José Ballesteros.

CASA DE LA CULTURA: inaugurated in 2004, built in the Tyrolean (Austrian) style, with the support of PRO KULTURVEREIN POZUZO ”(Association for the Culture of Pozuzo based in Tirol-Austria); District Municipality of Pozuzo and the Association of History and Culture of Pozuzo, in this cozy place activities related to pozucinas customs are carried out, mainly representation of typical dances. (previous programming)
Comments

We don´t have yet any comments about:
City of Pozuzo
Be the first to leave a comment as it is very important to inform other people

Within a radius of 20 km from:

Research which route you want to comment or rate, or even consult

Add photos to the tours

Add photos to the Transfers

Join. Add places of interest to be visited

Participate, let others to known the restaurants you recommend